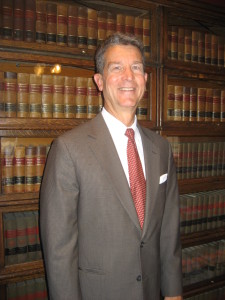 Christopher Sitzmann has over forty-five years of experience as a business lawyer concentrating in the areas of civil litigation, real estate, employment law, and estate planning.

Mr. Sitzmann was a partner with the Minneapolis Law Firm of Barna, Guzy & Steffen, Ltd. from 1978 to 1985. In 1985, he moved to Appleton, Wisconsin and was General Counsel at Appleton Papers, Inc., a multinational paper company. In 1993, Mr. Sitzmann reentered private practice in Appleton, Wisconsin, and opened the doors to Sitzmann Law Firm Ltd.

Mr. Sitzmann graduated from the University of St. Thomas in 1974 with degrees in Economics and Political Science. He attended law school at William Mitchell College of Law in St. Paul, Minnesota and graduated with his Juris Doctor in 1978. Currently, he is a member of the Wisconsin State Bar Association and the Fox Valley Estate Planning Council. He was President of the Outagamie County Bar Association in 2007-2008 and has been a Rotarian since 1995.

In his free time, Mr. Sitzmann enjoys golfing, spending time outdoors, and enjoying time with his wife, 3 daughters and 4 grandchildren. 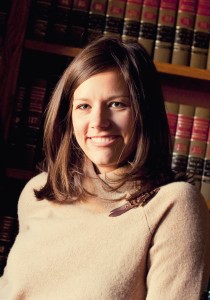 Ms. Micheletti received her Juris Doctor from the University of St. Thomas, School of Law in Minneapolis, Minnesota in 2009.  There she participated in the Mentor Externship program, Judicial Externship program in Hennepin County District Court, the Interprofessional Center for Counseling and Legal Services Elder Law Practice Group, and the Intramural Negotiations Competition.  During law school, Sara clerked for an experienced criminal defense Attorney, F. Clayton Tyler.

Before law school, Sara attended the University of Wisconsin, Madison earning her Bachelor’s Degree in English and Political Science. While in Madison, Sara was a legal assistant for a business law attorney. She also studied abroad in London, England.

Attorney Micheletti grew up in Appleton.  She is active in the community having served on many boards and committees, including the Women’s Fund of the Fox Valley Region, the Friends of the Appleton Public Library and Rebuilding Together Fox Valley. She is the currently serving on the Board of Directors at Community First Credit Union.  She is a member of the Outagamie County Bar Association, the Wisconsin Bar Association, and the Fox Valley Estate Planning Council. In addition to her community service, she enjoys spending time with her husband and daughters.